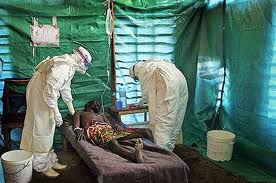 No new cases of the Congo Crimean hemorrhagic fever have been recorded in Agago district.

The Distric Director Health Services Dr Emmanuel Otto says the three people who were admitted last week at the isolation centre in Kalongo hospital were discharged on Saturday.

He says the blood samples taken from the last patient to be admitted tested negative..

Meanwhile he says the district expects to get some finances from the government soon.

The money is to aid in intervention measures for controlling the disease.

Two people have so far died since the disease was first reported last month while 21 others who had contact with the dead are being observed.