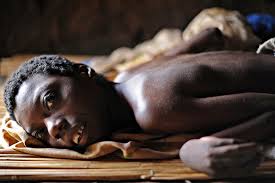 The effects of the nodding disease in the northern region do not warrant the area to be declared a disaster area.

According to the chairperson of the subcommittee Medard Bitekyerezo the disease is not contagious and the cases have reduced and therefore there is no reason why the region should be declared a disaster area.

He however called upon government to comprehensively contain the disease and at the same time conduct more research to find out the cause of the disease that is not yet clear.

The “nodding disease” causes seizures, and affected children become physically and mentally stunted, which can lead to blindness and even death.

According to the Health Ministry, an estimated 300 cases have been registered in Northern Uganda.

A likely cause of the disease is a neurological effect of the parasitic worm that causes river blindness.

Recently published medical research supports a link and doctors who have studied nodding in the field say the two are connected.

By Ritah Kemigisa The Joint United Nations Programme on HIV and AIDS ,UNAIDS has condemned parliament for passing the Sexual Offences Bill 2019, which includes provisions that...

By Moses Ndhaye The Uganda healthcare Federation has underscored the need for the government to formulate a policy through which private health facilities can administer the...

By Ivan Ssenabulya Ministry of Health has confirmed 70 new COVID-19 cases from tests done on 03 May. The cumulative confirmed cases now stand at 42,102....

By Xinhua African countries have acquired a total of over 37.1 million COVID-19 vaccines so far, the Africa Centers for Disease Control and Prevention (Africa CDC)...