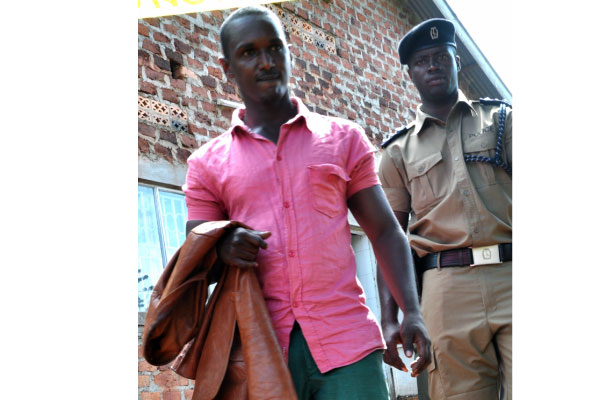 Suleiman Adam Kalungi, the purported former boyfriend of the late Cerinah Nebanda has been charged and remanded to Luzira prisons.

He has appeared before the Makindye Court Chief Magistrate Esther Nambayo and pleaded guilty to charges of manslaughter and unlawful possession of narcotic drugs.

The magistrate has sent him to Luzira until tomorrow at 9am when a state lawyer shall be availed for him.

Kalungi is also jointly charged with 5 others who earlier denied charges of supplying and dispensing illicit drugs and were remanded to Luzira on December 31st.

Kalungi who is a key suspect in the death of the former Butaleja Woman MP was arrested last week and has since been held at the police Special Investigations Unit in Kireka.

While making an extra judicial statement earlier, Kalungi said that Nebanda mistakenly sniffed heroin which she found in his living room while at his home in Buziga.

Explaining the events and circumstances that led to the death of Nebanda, Kalungi said he is not a drug dealer although he used drugs occasionally.

Nebanda died about three weeks ago under unclear circumstances and the police are still investigating the cause of her death.

Preliminary postmortem reports point to the possibility that she could have died from alcohol and drugs overdose, further raising more controversy over the cause of her death.

By Benjamin Jumbe The Cross Culture Foundation of Uganda has implored the government to amend the constitution to recognize Indigenous Minority groups in the country. It...

By Benjamin Jumbe The Electoral Commission today concludes update of the national voters register in preparation for conduct of Local Government Councils by-elections. The exercise which...