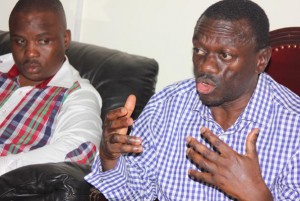 Tolerance and inclusiveness is needed for good governance in Uganda.

Michelo a professor of human rights law expressed shock at the events he never expected such from Uganda.

He asks those in leadership to ensure they give space for political participation by exercising tolerance.

Earlier, however, the police Chief Gen. Kale Kayihura vowed to deal with the members of the opposition decisively as long as they continue defying the Public Order Management Act.

Addressing journalists, Gen.Kayihura said opposition leaders are not above the law.

The Police were by this evening still holding the former FDC leader and lord mayor who were arrested yesterday.

The FDC party president general Mugisha Muntu who visited Besigye this evening condemned the detention of his colleagues with no charges for two days.

The police say the duo was arrested following information that they had planned to hold illegal rallies in the city center which would have disrupted business and security.