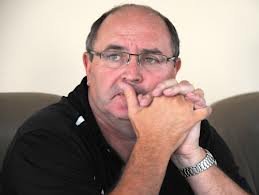 Bobby Williamson has been sacked as head coach for the national football team, the Cranes.

Bobby’s sacking has been announced by the Federation of Uganda Football Association at an urgent news conference called by the foot ball governing body regarding his status as national team head coach.

Williamson has been at the helm of the Cranes since 2008, participated in three failed Africa Cup of Nations qualifiers.

Williamson has won Uganda four Cecafa titles which boosted his CV, prompting other African countries to approach him.

Last year, Williamson applied to coach the Kenyan national team and was shortlisted but not given the job.

Bobby’s sacking also comes following a public outcry after Uganda failed to get a positive result last month in a 2014 World Cup qualifier against Liberia.

The Federation of Uganda’s Football Associations accuses the Lubowa led team of poor performance since Bobby was hired in 2008.