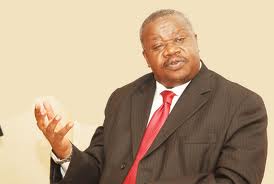 Minister Maj. General Kahinda Otafire has been thrown out of the parliamentary affairs committee.

MPs on the Committee on Legal and Parliamentary Affairs have turned the justice and constitutional affairs minister away after he failed to explain why government has failed to implement its recommendations.

Some of the issues they want explained include the delayed appointment of judges,  the status of the administration of judges bill, the Justice Law and Order Sector house, and the presidential pledges of salary enhancement.

The MPs led by the committee chairperson Steven Tashobya said that it did not make sense to go on discussing the budget frame work yet government has ignored key recommendations for the sector.

They have given the minister up to Friday to harmonize the information on the different recommendations on the judiciary and then re-appear before the same committee with answers.