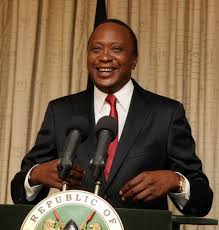 Kenya’s President Uhuru Kenyatta and his deputy William Ruto have named four cabinet secretaries that will constitute the Jubilee administration.

The naming of the cabinet comes after the appointments committee was approved by parliament this morning.

Dr Fred Matiangi Okengo has been nominated for the MInistry of Information, Communication and Technology.

Uhuru only named four nominees and the other 14 are expected in due course.

The president last week trimmed the cabinet from 44 to 18.

This is in conformation with the new constitution that advocates for a lean cabinet.