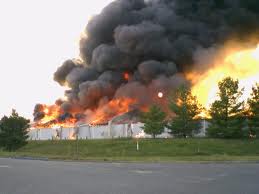 Heavy gunfire and explosions have been heard at the shopping centre in Nairobi where militants are said to be holding a number of hostages.

Heavy gunfire preceded smoke and sections of the mall are now on fire.

Huge plumes of black smoke are bellowing from the mall though it is not yet clear what has caused the flame.

At least 15 gun men are believed to be holding an unspecified number of people hostage.

The death toll from Saturday’s attack has risen to 68 and about 175 people have been injured.

Authorities have emphasised that it is a delicate operation as the safe rescue of the hostages is their top priority, says our correspondent.

Four soldiers had been injured in the attack by last evening.

Kenyan military vehicles have been seen entering and leaving the area throughout Monday morning.

Over 100,000 jobs created during ID registration