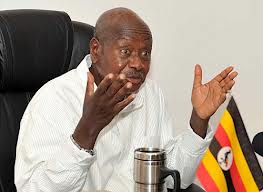 The president has written to the Speaker of Parliament seeking approval of Justice Benjamin Odoki as Chief Justice on a 2 year contract.

According to the letter dated 9th August 2013 the President Museveni based Odoki’s reappointment on Article 142 (1), 143 and 253 of the constitution.

Odoki’s term in the office expired early this year after he clocked 70 years which is the recommended age for retirement of civil servants.

Relatedly, the parliamentary appointments committee chaired by speaker Rebecca Kadaga has approved Mike Chibita as the Director of Public Prosecutions.

According to a source sitting on appointments committee, members unanimously voted for his approval due to his character, integrity and experience.

Chibita has been the deputy of head of the land division since July 2013.

By Ritah Kemigisa The initial batch of 864,000 doses of the AstraZeneca COVID 19 vaccine are expected to arrive in the country today, March 5th 2021....

By Juliet Nalwooga Activists and the NUP party have poked holes in the list of missing persons presented by the government on Thursday. On Thursday, the...

By Ruth Anderah Over a thousand advocates are still awaiting renewal of their Practicing certificates by the Uganda law Council.   This revealed by Oscar Kihika,...