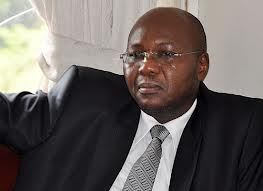 Kyambogo university lecturers at it again.

The lecturers have threatened to strike again if the former vice chancellor is reinstated.

This follows a letter from the Inspector General of Government Irene Mulyagonja asking the university to reinstate the embattled Isaiah Ndiege until investigations into the mismanagement of the institution are complete.

Led by the Chairman, Jackson Betihama, the lecturers have branded the IGG’s letter unfair and biased.

The university has for long been dodged by leadership wrangles, Prof. Ndiege in and out of office.

The institution was recently hit by a financial scandal indicating that thousands of students that had paid tuition fees had been issued fake receipts and the money never reached the university coffers.