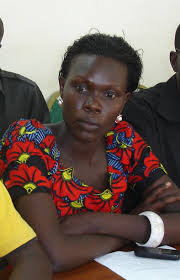 Consultation on Marriage and Divorce bill 2009 has been halted.

The NRM caucus has resolved to halt consultations on the controversial bill following a decision to have it withdrawn altogether.

The caucus spokesperson Evelyn Anite tells KFM that the decision to withdraw the bill was reached after various legislators presented views from their electorate on the bill to the party’s national chairman, President Yoweri Museveni during the caucus meeting held this evening at State House Entebbe.

She says further consultations over the same have also been stopped with immediate effect.

Anite, says this was done because the NRM party respects cultural and family values and was mindful of the harmony.

She says the caucus has instead suggested that relevant amendments be made to the existing laws like the Penal Code and Marriage Act to handle the issue of divorce and this position is to be formally communicated to the whole house.

The motion to withdraw the bill was moved by Igara West Member of Parliament Raphael Magyezi.