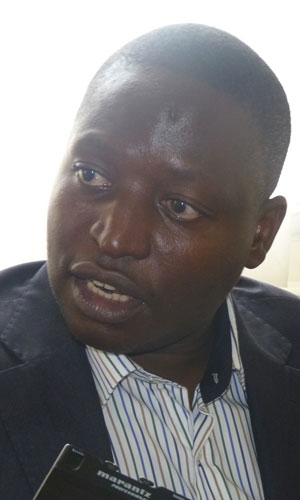 The NRM Caucus has resolved that Bank of Uganda governor Tumusiime Mutebile should not be forced to resign, in the Hassan Basajjabalaba saga.
The MPs have been sharply divided over the matter, with a section

of them calling for the resignation of Mutebile while others said he was being victimized.
Some MPs wanted the governor held responsible for the payment of the inflated 142billion shillings to city tycoon Hassan Bassajabalaba, as compensation for cancellation of his market management contracts.
The NRM Caucus Deputy Chief Whip David Bahati says the caucus resolved to delete the recommendation calling for Mutebile’s resignation.

Bahati says the members agreed that the governor joined the transaction at its tail end, when it had already been sanctioned by the Attorney General.
The caucus however resolved that investigations into the matter should continue but the recovery of the money expedited.
Bahati adds that members took into consideration Mutebile’s past record which has been largely clean; adding that forcing him out of office now could affect investor confidence in the economy.