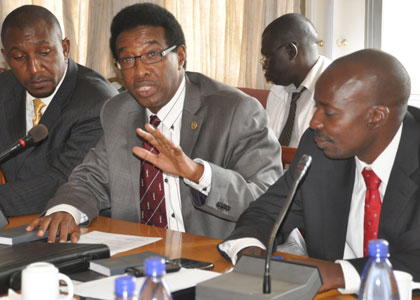 The Parliamentary Committee on Rules and Discipline will not present its report to the House today as had been expected.

The Committee was last week ordered by the speaker to investigate the chaos that engulfed parliament Tuesday during the oil debate.

It was meant present its findings today but according the committee chairperson Fox Odi, they are not ready since they still have to meet several people to give their evidence on the matter.

Odoi adds that given the magnitude of the matter, they could not finish work within the few days given by the speaker.

He however says the committee awaits official communication from the speaker regarding their request for more time.

This means that parliamentary business remains suspended until the committee comes up with a report.