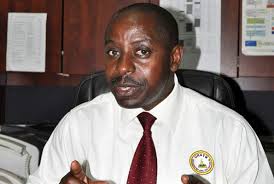 Teachers have again threatened to lay down their tools.

They Uganda National Teachers’ Union is remobilizing all teachers to take massive industrial action over their delayed salaries.

This has been revealed by the UNATU Secretary General James Tweheyo at a news conference held this afternoon at the Teachers’ House in Kampala.

The teachers are concerned that government has not honoured its promise of sorting out the issues that led to the September strike within the agreed 28 days.

Tweheyo now says if by Wednesday this week the teachers have not received salaries on their respective bank accounts they will not set foot in class.

In October, after weeks of botched negotiations and an eight-day countrywide strike over a 20 per cent pay rise, teachers and government finally reached a compromise.

Government also agreed to provide Shs 450bn for salary enhancement for all civil servants in the 2014/15 financial year budget, of which Shs 218bn will go towards increasing teachers’ salaries by 25 per cent.