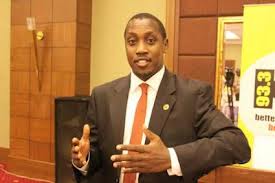 The term limit debate may return to parliament soon.

The Western Youth MP Gerald Karuhanga is seeking leave of parliament to introduce a private member’s bill that seeks to restore term limits.

Karuhanga handed over a notice for a motion to the speaker of
parliament Rebecca Kadaga and now waits to formerly table it before parliament.

The proposed bill has only one clause that seeks to restore
Article 105 of the constitution that was amended in the 8th parliament.

Karuhanga says that Uganda is one of the countries in the whole world that have never witnessed a peaceful transition from one president to another.