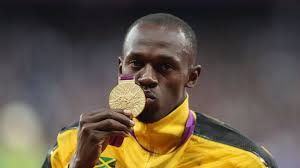 Asafa Powell and Sherone Simpson recently tested positive, as did American Tyson Gay, the fastest man in the world this year.

“But you have to be very careful as an athlete because right now there are a lot of things on the banned list.”

The Jamaican added: “You have to keep up to date with this kind of thing. It’s kind of hard, but that’s why you have a team to make sure.

“I get tested all the while. I got tested the day before yesterday. It’s just part of the routine. ”

The 26-year-old 100m and 200m world record-holder pointed to his success as a junior athlete as evidence of his innocence.

The Uganda Sports Press Association (USPA) has condemned the attack on a New Vision sports journalist, Johnson Were by a rugby player and called for the...

Teachers to receive arrears next week