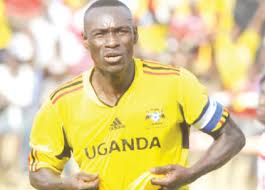 He is gone but will still be remembered and missed.

This is after the Federation of Uganda Football Association decided to part ways with the Scot Yesterday.

The Kazakhstan-based FC Ordabasy defender says as players they have to accept the decision of the federation but will greatly miss their coach.

Mwesigwa says the team will always remember Bobby for the CECAFA trophies and the attempts he has always made to let Uganda qualify but narrowly missing out.

Bobby Williamson is ranked among the most successful coaches the national team has had in history after winning four Cecafa Championships in five attempts.

Bobby also guided the local based national team to the Championship of African Nations Competition and the U-23 national side to the All Africa Games.